Starting an art lesson in school with the re-enactment of the Famous Artist’s life, is a wonderful way to set your art lessons into context. After watching the Famous Artist video, students will learn who the artist is and understand his/her motivations, achievements and life history.

Students will also learn that each of these Famous Artists, achieved greatness, not just through exceptional talent, but also by having a great work ethic. They never gave up despite, in some cases, extreme hardship and rejection and having great self-belief. These qualities are emphasised in the Famous Artist videos as a stimulus and motivator for the teaching of children.

English not your First Language?

Build an Art Lesson around one of these Famous Artists 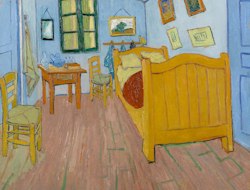 Van Gogh was an artist for only 10 years of his life and was dead by the age of 37, yet he produced some of the world’s most famous images. Having failed in his bid to be an art dealer, teacher and a minister in the church he took up painting at the age of 27. He was supported financially for the rest of his life by his brother Theo.

The famous fight with Gauguin resulted in the ear chopping incident and his gradual mental decline, yet during this period he produced his most famous works. He wrote more than 1000 letters to his brother during his art career which give us a great insight into his everyday life. He was the most famous, mad genius of the art world.

Check out ‘The Life of Van Gogh’ NOW

The art tutorial explores Van Gogh’s life. His motivations and successes and will inspire and enthuse school students and art history newbies alike.

The full video is HD quality and lasts for 35 minutes. It is suitable for all ages. 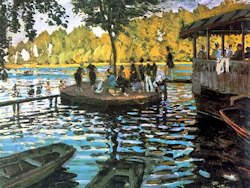 Monet was fascinated by the effects of light and the problems of trying to capture light on canvas. Married twice, he was always, until middle age, quite poor, but very adept at borrowing money from friends. He often would disappear from houses without paying the rent. When he became successful he bought a house at Giverney, near Paris and created his famous water lily lake garden.

His water lily paintings were so huge he had a special painting frame on wheels constructed so he could paint his 12′ high pictures without having to come down to ground level. Monet was an entertaining character who made Impressionism the most popular art movement of all time.

Check out ‘The Life of Claude Monet’ NOW

This art tutorial explores Claude Monet’s life. His motivations and struggles will teach school students and art history newbies alike the fact nothing is achieved without hard work.

The full video is HD quality lasts for 32 minutes. It is suitable for all ages. 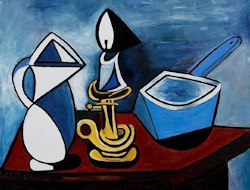 Pablo Picasso was like a bull, very strong willed, always looking for new challenges and never satisfied with his achievements. He had an insatiable appetite for creating new ideas and for loving the many women in his life. At the age of 5 he could draw brilliantly. By the time he was a teenager he could paint as well as Leonardo da Vinci. As he said, ‘why would I want to do that for the rest of my life?’

So he didn’t, instead he developed his own way of painting and completely changed the course of art in the 20th century. Find out how he achieved this colossal achievement to lay the foundations of Modern Art

Check out ’10 Facts you did not know about Picasso’ NOW